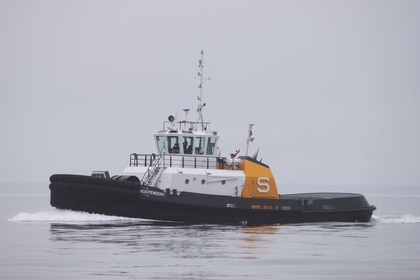 Founded in 1999, by a group of former managers from Hvide Marine Incorporated of Tampa, Florida. The formation of the company ended a monopoly on the harbor tug services that existed in the Tampa Bay area.

In January of 2003, after a six year hiatus from the towing business. Members of the Steinbrenner family reunited with the Marine Towing group. All of whom where former employees of the family’s Bay Transportation Corporation as partners in the Marine Towing of Tampa company.

Steve Swindal and Hal Steinbrenner, where General Partners of the New York Yankees, and served, respectively, as Chairman and Vice Chairman of the company. Furthering the family’s maritime interests, which began on the Great Lakes in 1852.

In 2007, Steve Swindal became the majority shareholder in the company. Marine Towing’s fleet is exclusively made up of high horsepower tractor tugs. Specifically designed for ship assist work in close quarters.