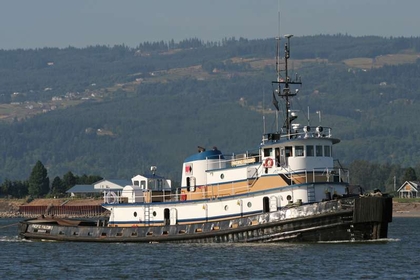 In 1986, the tug was acquired by Tweed Towing Incorporated of Richmond, California. Where she was renamed as the Pacific Falcon.

In 1998, the tug was acquired by Harley Marine Services Incorporated of Seattle, Washington. Where she retained her name.

The towing gear consists of a Rapp Hydema towing winch. Outfitted with 2,600(ft) of 2.25(in) towing wire.
(Kyle Stubbs)