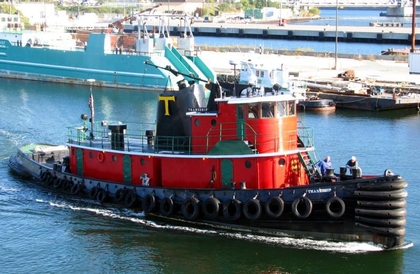 Pictured as: the Thameship (Thames Towboat) Photo by: Birk Thomas

In 1940, the tug was acquired by the United States Navy. Where she was designated as YN-36 (Mahaska). And, allocated to the 3rd Naval District.

In 1941, the tug's conversion for Naval Service completed at the New York Navy Yard. Where she was allocated to the 5th Naval District at Norfolk, Virginia. At the Norfolk Naval Shipyard in Portsmouth, Virginia.

In 1942, the tug was redesignated by the United States Navy as the YNT-4 (Mahaska).

In 1946, the tug was redesignated by the United States Navy as the YTM-730 (Mahaska). It is unknown as to when the tug was placed out of service, and struck from the Naval Register.

In 1970, she was acquired by the Thames Towboat Company of New London, Connecticut. Where she was renamed as the Thameship. 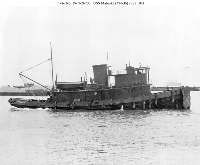 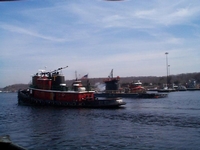 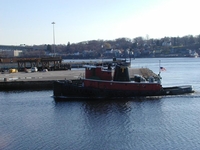 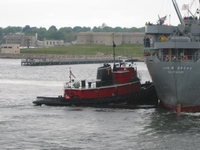 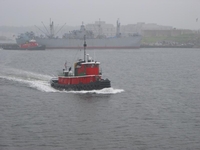 
Back to IRA S. BUSHEY AND SONS INCORPORATED