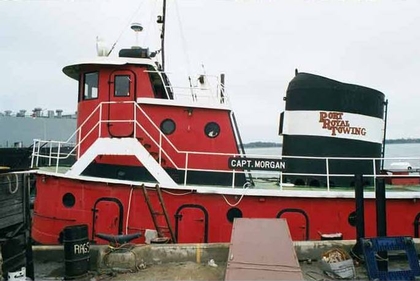 In 1957, was acquired by the Bronx Towing Towing Line Incorporated of New York, New York. Where she was renamed as the Colco.

In 1994, the tug was acquired by the Port Royal Towing Company of Charleston, North Carolina. Where she was renamed as the Captain Morgan.

In 1994, she was acquired by the McAllister Brothers Towing Company of New York, New York. Where the tug retained her name.

In 2004, she was scuttled by Richards Marine Incorporated of Charleston, South Carolina as an artificial reef.


Back to NEW YORK CENTRAL AND HUDSON RIVER RAILROAD COMPANY