In 1993, in the wake of the Exxon Valdez incident. The Exxon Shipping Company was rebranded as the SeaRiver Maritime Company of Houston, Texas. Where the tug was renamed as the S/R San Jacinto. 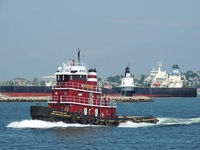 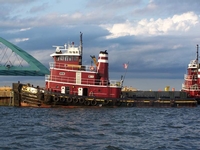