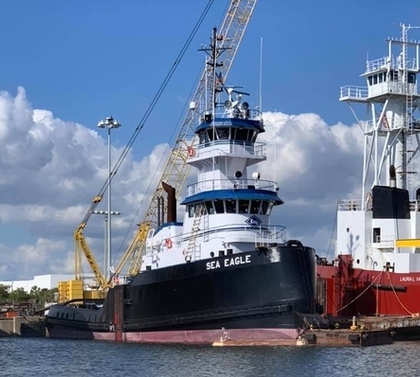 Built in 1998, by Halter Moss Point Marine Incorporated of Moss Point, Mississippi (hull #143) as the Sea Eagle for the Allied Transportation Company of Norfolk, Virginia.

An ATLANTIC I class Articulated Tug and Barge (ATB). Designed by Robert Hill of Ocean Tug and Barge Engineering of Milford Massachusetts. She was designed around a Bludworth coupler system. The tug was designed to fit the notch of and existing Allied Transportation Company barge the TMI 80.

Her electrical service is provided by three, 99kW generator sets. The tug's capacities are 124,425 gallons of fuel, and 13,472 gallons of water.

Her towing equipment consists of a towing machine. That allows for the option to push the barge. Or, to be "pinned in." And, if the need where to arise, tow the barge astern.
(Ocean Tug and Barge Engineering, Robert P. Hill) 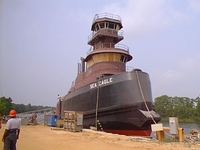 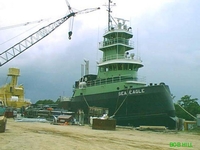 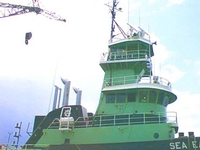