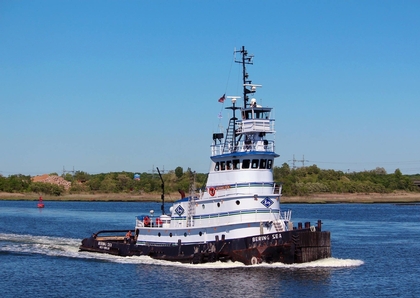 Built in 1975, by Main Iron Works Incorporated of Houma, Louisiana (hull #299) as the Cougar for the Interstate Oil Transportation Company of Philadelphia, Pennsylvania.

In 1998, the tug was was acquired by the K-Sea Transportation Partnership Incorporated of East Brunswick, New Jersey. Where she was renamed as the Bering Sea.

In 2001, she was chartered by the Moran Towing Corporation of New Canaan, Connecticut. Where the tug was renamed as the Stacy Moran.

In 2002, the tug was returned to the K-Sea Transportation Partnership Incorporated of East Brunswick, New Jersey. Where the tug was renamed as the Bering Sea.

In 2011, the tug was outfitted with a JAK-400 coupler system at Feeney's Enterprises of Kingston, New York. 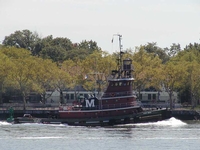 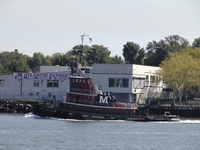 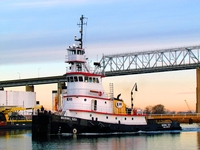