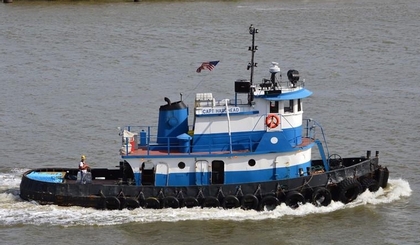 The tug was later sold, where she was renames as the Tuscarora.

In 1998, she was acquired by the Gore Marine Corporation of Townsend, Georgia. Where she was remanded as the Capt. Hardhead. The tug was named for Roy Holden Sr. whose nickname was "Capt. Hardhead."

In 2021, the tug was acquired by the Philadelphia Barge Company of Philadelphia, Pennsylvania. Where she was renamed as the Osprey.

Her electrical service is provided by two, 40kW, Kubota generator sets. The tug's capacities are 6,000 gallons of fuel, 250 gallons of lube oil, and 1,500 gallons of water.


Back to M.C. BOAT COMPANY INCORPORATED