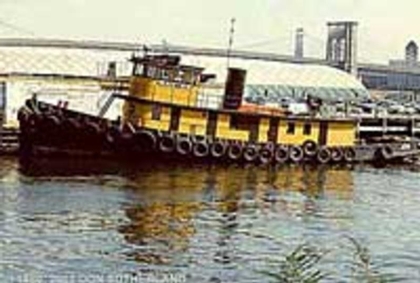 Pictured as: the Hay-De (Kosnac Corporation) Photo by: Don Sutherland

In 1955, the tug was acquired by the Kosnac Floating Derrick Corporation of Staten Island, New York. Where she was renamed as the Hay-de. Where the company shortened the deckhouse to accommodate the installation of a deck crane.

In 2017 the tug was scrapped at Tottenville Marina in Staten Island, New York.


Back to NEW YORK CENTRAL AND HUDSON RIVER RAILROAD COMPANY