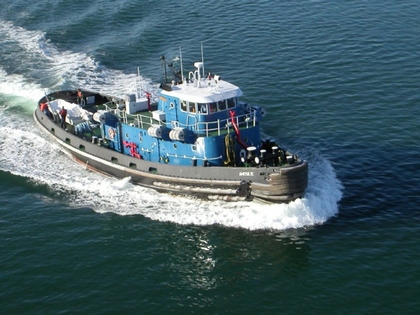 Founded in 1977, the Port of Eastport Maine was established by Maine State Legislature. In 1981 the first shipment of kraft pulp from Georgia-Pacific Mill in Baileyville, Maine. Which was loaded across the breakwater at Eastport, Maine. And, onto the MV Ravenswood which was bound for Montrose, Scotland.

This first load represented the founding the partnerships between the Eastport Port Authority, Federal Marine Terminals and the mill in Baileyville, Maine. Which later became the Woodland Pulp and Paper Company.

Other cargoes shipped via the port, have included logs, rolled paper, windmill blades, cattle and various other project loads.