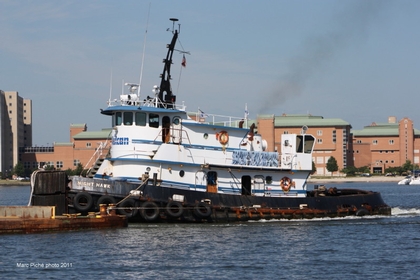 Founded in 1909, as the Birmingham Slag Company, which was a family owned construction materials company. By 1939, Birmingham Slag becomes a major supplier to Tennessee Valley Authority projects.

In 1956, Bernard A. Monaghan, a prominent lawyer and a former Rhodes Scholar joins Birmingham Slag to help engineer a merger with the Vulcan Detinning Company of Sewaren, New Jersey. Birmingham Slag becomes a publicly traded company under Vulcan Detinning’s listing on the New York Stock Exchange. The new company is renamed Vulcan Materials Company and has access to the capital markets that will help it grow and prosper.

In 2007, Vulcan acquires Florida Rock Industries Incorporated. It was the largest acquisition in Vulcan’s 50 year history.

The Vulcan Materials Company is one of the nation’s largest producer of construction aggregate. Primarily crushed stone, sand and gravel. The company is also a producer of aggregate based construction materials, including asphalt and ready-mixed concrete.