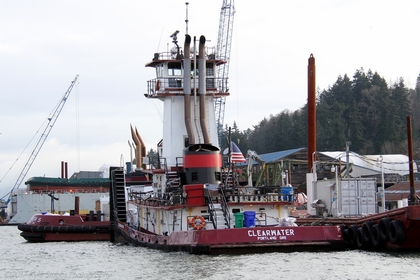 Built in 1954 by Alexander Shipyard Incorporated at New Orleans, Louisiana as the Dixie Challenge for Dixie Carriers Incorporated of Houston, Texas.

She was then acquired by Universal Marine Incorporated of New Orleans, Louisiana. Where the tug was renamed as the Jaunea Jones.

Her name was later changed to Universal Challenge.

The tug was later acquired by the Shaver Transportation Company of Portland, Oregon. Where she was renamed as the Clearwater.


Back to SHAVER TRANSPORTATION COMPANY