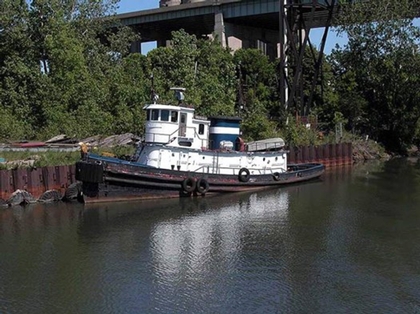 She was assigned the hull number ID-1324 in anticipation of commissioning her as the USS Radiant. However, the Navy never took possession of the tug.

In 1933, she was acquired by the Sheridan Towing Company of Philadelphia, Pennsylvania. A subsidiary of Ira S. Bushey and Sons of Brooklyn, New York. Where she was renamed as the Anna Sheridan.

While under the ownership of the Sheridan Transportation Company the tug was converted from steam propulsion to diesel propulsion.

In 1962, the tug was acquired by the Hays Tug and Launch Company of Wallingford, Pennsylvania. Where she was renamed as the Princess.

In 1977, she was acquired by Wakeham and Sons Limited, a subsidiary of Wakeham Limited of the United Kingdom. The company re documented the tug under a Canadian registry. And, renamed the tug as the Princess No. 1.

The tug was later acquired by Marine Services Incorporated of Oak Park, Michigan. Where she was re documented in the United States. And renamed as the William Dolard.

However the tug "laid up" at Marine Services Incorporated's yard on the Old Rouge River near Detroit, Michigan. She was powered by a single, EMD 12-567A diesel engine rated at 900 horsepower.
(Isaac Pennock)


Back to SHERIDAN TRANSPORTATION COMPANY INCORPORATED