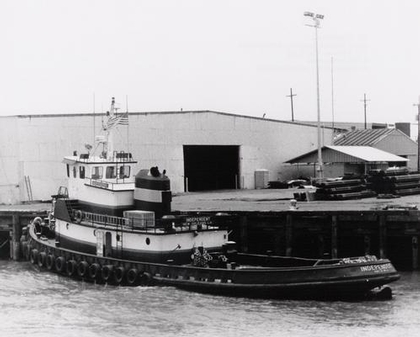 Pictured as: the Independent (Bisso Towboat) Photo by: Wallace Rosser

In 1974, she was acquired by the St. Philip Coastal Towing Company of Tampa, Florida. Where the was renamed as the Winne.

In 1974, the St. Philip Coastal Towing Company renamed the tug as the Edward St. Philip.

In 1981, the tug was acquired by the Bisso Towboat Company Incorporated of of Luling, Louisiana. Where she was renamed as the Stephanie S.

In 1990, the Bisso Towboat Company renamed the tug as the Independent.

In 2004, she was acquired by Industrial Park Limited of Trinidad and Tobago. Where the tug was renamed as the Sunrise Independent. She was a twin screw tug, rated at 2,800 horsepower.


Back to SMITH-ALPHA COMPANY INCORPORATED