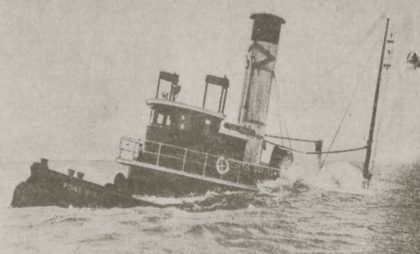 Built in 1902, by the Neafie and Levy Ship and Engine Building Company of Philadelphia, Pennsylvania (hull #954) as the H. B. Chamberlain for the Boot, Dailey and Irving Company of New York, New York.

In 1906, the tug was acquired by the Atlantic Division of the Isthamian Canal Commission of Panama City, Panama. Where the tug was renamed as the Gatun.

In 1930, the tug was acquired by the Boot, Dailey and Irving Company of New York, New York. Where she was renamed as the H. B. Chamberlain.

In 1931, she was acquired by the Donaldson Towing and Lightering Company of Philadelphia, Pennsylvania. Where the tug was renamed as the Point Breeze.

She operated on runs to Baltimore, Maryland. While also performing harbor work, towing and assist jobs. On August 21st, 1933 the tug left Baltimore, Maryland for Gibson Island, Maryland. Towing a barge loaded with dredge spoils. As she was approaching the Seven Foot Knoll Lighthouse. Located thirty miles from Baltimore. The tug encountered heavy winds and seas, and the crew was forced to abandon the tug. The light keeper, manning a small boat. Came to the aid of four men who had jumped from the tug as it sank. The body of the engineer was recovered as well. He had suffered a heart attack after he abandoned the tug. The tug was eventually raised, salvaged, and refurbished.

In 1934, the Donaldson Towing and Lightering Company renamed the tug as the Chester.

In 1957, she was acquired by the Curtis Bay Towing Company of Baltimore, Maryland. Where the tug retained her name. However, the tug was "laid up." 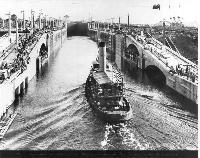 
Back to BOOT, DAILEY AND IRVING, COMPANY