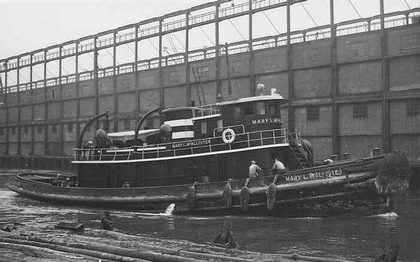 Built in 1939, by Gulfport Shipbuilding of Port Arthur, Texas (hull #131) as the General for the Card Towing Company of Norfolk, Virginia.

However, the Card Towing Company renamed the tug as the Raymond Card.

On September 20th, 1940 the tug was acquired by the United States Navy. Where she was designated as the YN-37 (Keshena). And, tug was assigned to the 10th Naval District at Naval Station Guantanamo Bay, Cuba.

On August 28th, 1946 the tug was struck from the Naval Record. And on February 12th, 1947 she was transferred to the United States Maritime Commission for sale.

In 1947, she was acquired by the McAllister Brothers Towing Company of New York, New York. Where the tug was renamed as the Mary L. McAllister.

In 1981, the tug was acquired by the Zenith Tugboat Company of Duluth, Minnesota. Where she was renamed as the Seneca.

She was later acquired by Billington Contracting Incorporated of Duluth, Minnesota. Where the tug retained her name.

In 2006, the tug sank on Lake Superior. The tug was powered by a single EMD 12-527A diesel electric engine. For a rated 950 horsepower.
(NavSource Online) 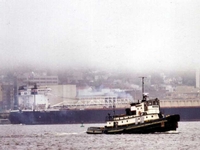 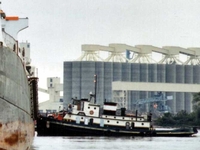 
Back to CARD TOWING COMPANY INCORPORATED