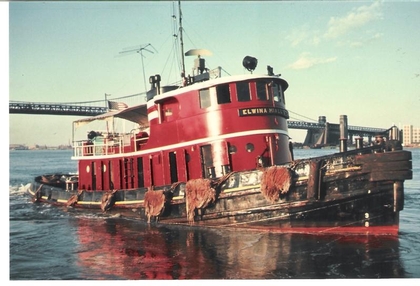 Built in 1943, by Equitable Equipment of Madisonville, Louisiana (hull #188) as the ST-9 for the United States Army.

In 1949, the tug was acquired by the McAllister Brothers Towing Company of New York, New York. Where she was renamed as the Elwina McAllister.

In 1978, the tug was acquired by Stanwood Towing of Stanwood, Michigan. Where the tug was renamed as the Wood Power No. 2.

In 1980, she was sold foreign, and was registered under a Guyana flag. However in November of 1984, the tug was sunk by hurricane Klaus at St.Thomas.

In April of 1985, the tug was raised. And, taken under tow with the intention of making the tug an artificial reef. However, she sank prematurely. In 1976, the tug was repowered. She was a single screw tug, rated 1,080 horsepower.


Back to STANWOOD TOWING COMPANY