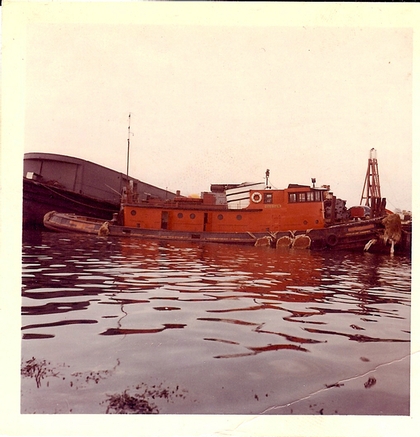 Pictured as: the Groton (Thames River) Photo by: Jim Borchert

Built in 1941, by Liberty Dry Dock of Brooklyn, New York (hull #38) as the Edward Card for the Card Towing Company of Norfolk, Virginia.

In 1946, the tug was acquired by the McAllister Brothers Towing Company of New York, New York. Where she was renamed as the Peter B. McAllister.

In 1965, the tug was acquired by Thames River and New London Harbor Towing Company of New London, Connecticut. Where she was renamed as the Groton.

In 1995, the tug was acquired by the Richards Marine Service of Charleston, South Carolina. Where she was renamed as the Dianne Richards.

In 2004, she went out of documentation. Her current, and or, final disposition is unknown. She was a single screw tug, rated at 800 horsepower. 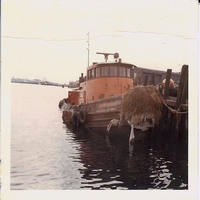 
Back to RICHARDS MARINE SERVICES CORPORATION