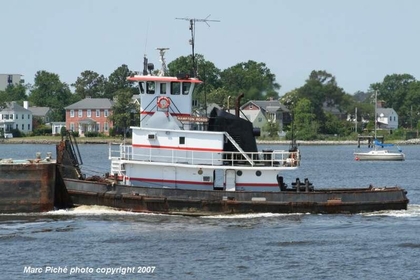 Built in 1968, by Houma Shipbuilders Incorporated of Houma, Louisiana (hull #24) as the Miss Laurie.

The tug was later sold. Where she was renamed as the Sugar C.

She was eventually acquired by Interstate Oil Transportation Company of Philadelphia, Pennsylvania. Where the tug retained her name.

In 2001, she was acquired by Osprey Enterprises Incorporated of Portsmouth, Virginia. Where the tug was renamed as the Hampton Roads.

In 2011, the tug went out of documentation. Her current, and or final disposition is unknown. She was a twin screw towboat, rated at 900 horsepower. 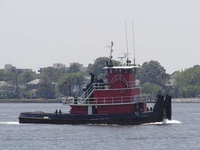 
Back to OSPREY ENTERPRISES INCORPORATED