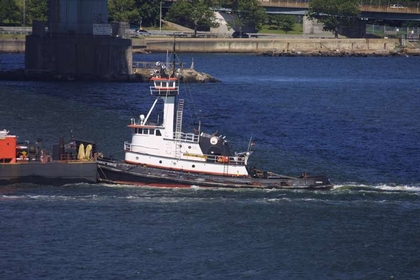 In 1977, the Red Star Towing Company was acquired by the Hess Oil Corporation of New York, New York. To form the Spentonbush-Red Star Companies of Brooklyn, New York. Where the tug retained her name.

In 2001, the Hess Oil Corporation's fleet was acquired by Leevac Marine Incorporated of Jennings, Louisiana. Where the tug was renamed as the Atlantic Service.

In 2009, she was phased out of active service. And, the tug was "laid up" at New Orleans, Louisiana.

In 2013, she was acquired by the Apex Oil Company of St. Louis, Missouri. Where she was renamed as the Atlantic. But, remained "laid up" at Baton Rouge, Louisiana. 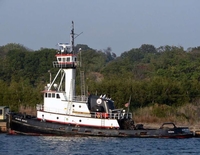