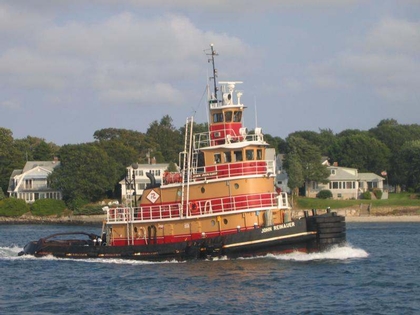 Pictured as: the John Reinauer (Reinauer) Photo by: Brian Maniglia

Built in 1969, by Main Iron Works Incorporated of Houma, Louisiana (hull #225) as the Esso Crystal River for the Esso Shipping Company of Wilmington, Delaware.

In 1993, the tug was acquired by the Reinauer Transportation Companies of Staten Island, New York. Where she was renamed as the John Reinauer.

In 2011, the tug was acquired by Runner Marine Limited. A division of Capital Oil and Gas Industries Limited of Lagos, Nigeria. Where the tug was renamed as the Bravo.