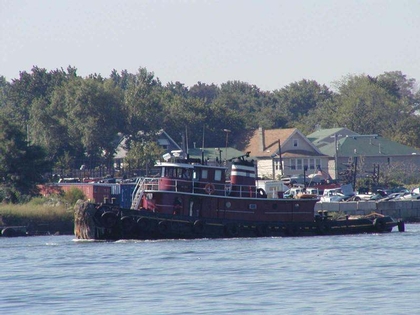 Built in 1960, by Walker E. Rowe of Charleston, South Carolina as the Wal-Row for the Wilmington Tug Company of Wilmington, North Carolina.

In 2001, the tug was chartered to move debris from the World Trade Center site, to the landfill at Fresh Kills in Staten Island, New York. Where she was renamed as the Alex.

In 2002, her parent company. The Wilmington tug Company of Wilmington, North Carolina. Was acquired by McAllister Towing and Transportation of New York, New York. Where the tug was renamed as the Alex McAllister.

In 2011, the tug was acquired by Sante Shipping Incorporated of Miami, Florida. Where she was renamed as the Sante Ale'.

In 2013 the tug went out of documentation. Her current and or final disposition is unknown.


Back to WILMINGTON TUG COMPANY