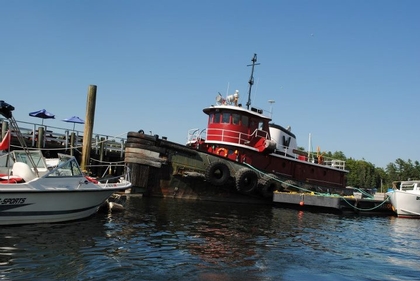 In 1993, the tug was acquired by the Turecamo Coastal and Harbor Towing Corporation of New York, New York. Where the tug was renamed as the Carly A. Turecamo.

The Turecamo Coastal and Harbor Towing Corporation, modified the tug for ship assist work. The 01 level deck house was removed from the top of the main deck house. And, the pilothouse was placed on the 01 deck.

These modifications allowed for the tug to operate under the flares of the fruit ships calling upon the port of Philadelphia, Pennsylvania.

In 2012, the tug was acquired by Winslow Marine Incorporated of Southport, Maine where she was renamed as the Marjorie Winslow.

In 2021, she was scrapped at East Boston, Massachusetts. She was a single screw tug, rated at 2,200 horsepower.
(Captain Eric Takakjian, Captain Brian Fournier)