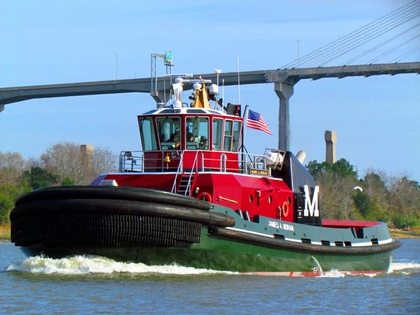 Built in 2011, by Washburn and Doughty Associates of East Boothbay, Maine (hull #101) as the James A. Moran for the Moran Towing Corporation of New Canaan, Connecticut.

Named for James A. Barker, the son of Mark Barker. Longtime business part of Paul Tregurtha. Mark Barker is president of the Interlake Steamship Company, and serves as executive vice president of Mormac Marine Group.

Designed "in house" by Washburn and Doughty. The tug is based upon the yard's previous 92(ft) by 32(ft) designs. The increased length and beam of the design allowed for increased horsepower. While maintaining the maneuvering characteristics and handling capabilities.

Powered by two, sixteen cylinder MTU 9618874 diesel engines. With Schottel SRP 1515 FP "z-drives." The drives are fitted with 2,600(mm), stainless steel propellers The nozzles are lined with stainless steel. For a rated 6,000 horsepower. 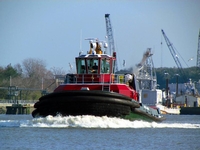 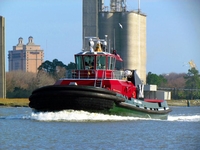 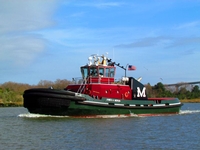 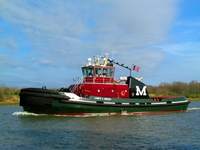 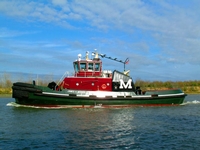 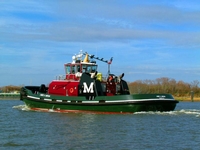 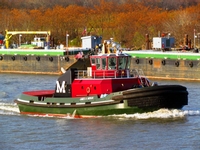