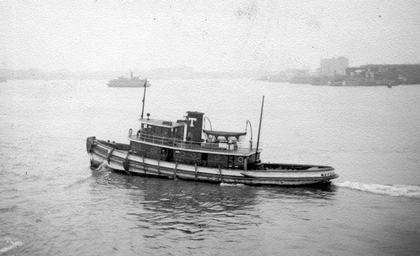 Built in 1906, by Neafie and Levy of Philadelphia, Pennsylvania.

The tug was later acquired by Boston Towboat of Boston, Massachusetts where she was renamed as the Venus.

She was eventually acquired by Tucker Roy Marine Towing of New Bedford, Massachusetts where she retained her name.

Her final disposition is unknown.

She was a single screw tug, rated at 1,200 horsepower.