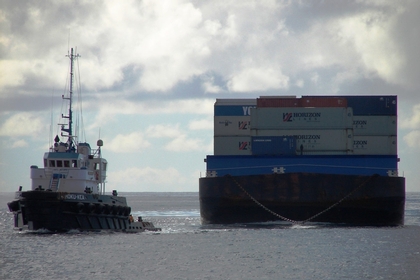 Built in 1991, by the Bollinger Marine Fabricators of Amelia, Louisiana (hull #243) as the Hoku Ke'a for the Young Brothers Company of Honolulu, Hawaii.

In 2013, the Young Brothers Company was acquired by Foss Marine Holdings of Seattle, Washington. Where the tug retained her name.

In 2021, she was acquired by Dawn Marine Services Incorporated of Gretna, Louisiana. Where the tug was renamed as the Southern Dawn.

Her electrical service is provided by two, Detroit Diesel 6-71 generator sets. The tug's capacities are 103,000 gallons of fuel.

The towing equipment consists of a double drum, Markey TDSD-32 towing winch. Outfitted with 2,400(ft) of 2(in) towing wire. 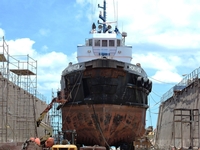 
Back to DAWN MARINE SERVICES INCORPORATED