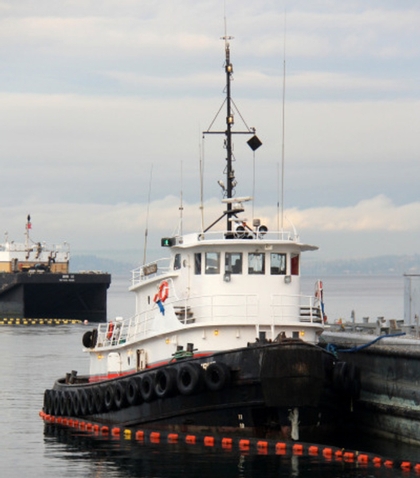 Built in 1975 by North American Shipbuilding Incorporated of Larose, Louisiana (hull #104) as the Corey Chouest for Edison Chouest Offshore of Galliano, Louisiana.

In 1976, the tug was acquired by Inlet Marine Incorporated of Anchorage, Alaska. Where she was renamed as the Taurus.

In 1979, she was acquired by Dunlap Towing Company of La Conner, Washington. Where the tug retained her name.

Her electrical service is provided by two, Delco 40kW generator sets. The tug has a capacity for 52,130 gallons of fuel.

The towing gear consists of an Intercon Double Drum towing winch, outfitted with 2,400(ft) of 2 and 1/4(in) towing cable.


Back to INLET MARINE COMPANY INCORPORATED