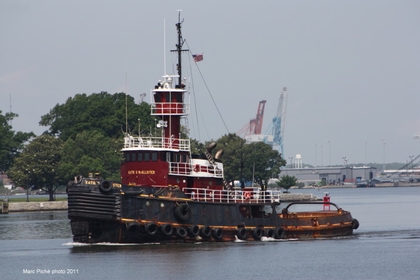 In 2002, the Gulfcoast Transit Company became the TECO Ocean Shipping Company of Tampa, Florida. Where the tug retained her name.

In 2003, the tug was acquired by the McAllister Towing and Transportation Company of New York, New York. Where she was renamed as the Katie G. McAllister.

Her electrical service is provided by two, 125kW generator sets. The tug's capacities are 70,378 gallons of fuel oil, 1,440 gallons of lube oil, and 2,467 gallons of potable water.


Back to TECO OCEAN SHIPPING COMPANY