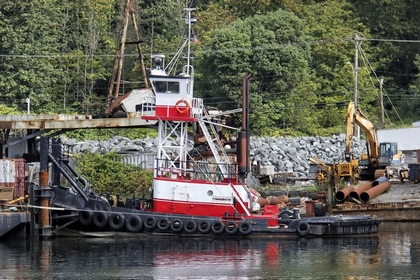 Built in 1966 by the Equitable Equipment Company at Madisonville, Louisiana as the Randi for the Bay Tube Rental Company of Richmond, California, a subsidiary of the Kiewit Corporation of Omaha, Nebraska.

Following a capsizing and subsequent salvage in 1996, the tug was renamed as the William Tyndale.

She was later acquired by an individual named Lester E. Shorter of Santa Rosa, California. Where the tug retained her name.

In 2013, the tug was acquired by Salmon Bay Barge Line Incorporated of Seattle, Washington. Where she retained her name.

In 2016, she was acquried by Walrath Marine LLC of Tacoma, Washington. Where the tug retained her name.


Back to WALRATH MARINE LLC