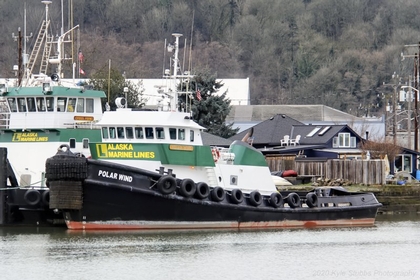 Built in 1991 by Tri-Star Marine Incorporated at Seattle, Washington (hull #D0103) as the Gale Wind for the Cook Inlet Tug and Barge Company of Seward, Alaska.

Her electrical service is provided by a single, 6okW, John Deere generator set. The tug's capacities are 35,000 gallons of fuel, and 1,194 gallons of lube oil.

The towing equipment consists of an INTERcon towing winch. Outfitted with 2,200(ft) of 1.75(in) towing wire.