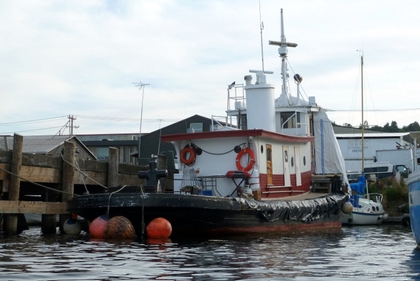 In 1926, the Port Angeles Sand and Gravel Company was acquired by the Foss Launch and Tug Company of Tacoma, Washington. Where the tug was renamed as the Iver Foss.

She was later sold to a variety of owners under several names before being acquired by William Soderberg of Seattle, Washington. Where she was renamed Iver.


Back to WILLIAM SODERBERG