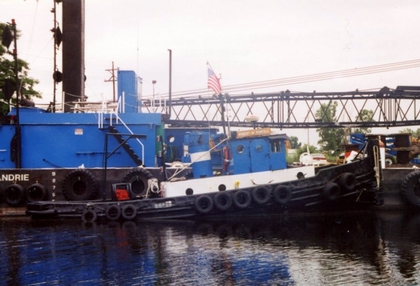 Built in 1943, by Sturgeon Bay Shipbuilding of Sturgeon Bay, Wisconsin as the ST-173 for the United States Army.

In 1990, the tug was acquired by Andrie, Incorporated of Muskegon, Michigan. Where she was renamed as the Robert M. Purcell.

In 2017 the tug was acquired by Selvick Marine Towing of Sturgeon Bay, Wisconsin, where she was renamed as Jacquelyn Yvonne.

Her electrical service is provided by one 10 kW Lima generator. With a three cycle Kubota alternator. The tug's capacities are 800 gallons of fuel oil, and 50 gallons of lube oil.
(Birk Thomas)