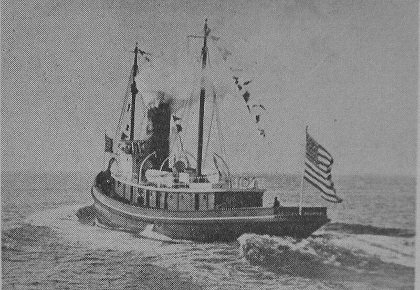 Operated a San Francisco, California-based fleet of vessels known on the Pacific coast as the "Red Stack Fleet" due to their bright stack markings.