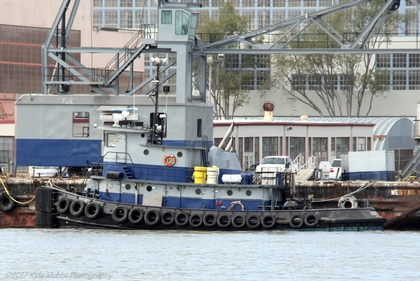 Lind Marine, Incorporated has its roots in a company called Agricultural Lime and Compost, founded nearly a century ago. The company began mining ancient oyster shells from the South Bay for use as an organic calcium carbonate additive for livestock feed and soil amendments. Over the years, Agricultural Lime and Compost underwent several expansions and name changes to become the company it is today, providing a diverse array of marine services. Oyster shell mining and milling remain a strong part of their business – processed shells are shipped to agricultural customers throughout the western United States, Canada and the Pacific Rim.

In the 1980s, Lind Marine (then known as Jerico Products) expanded into a marine towing and barging company. They began using our special expertise to barge outsized art sculptures, too large to transport on most highways, to San Francisco Bay ports. The massive sculptures were then shipped all over the world. Later, Lind Marine barges began supplying sand to the construction industry in Northern California. Today, Lind Marine barges half a million tons a year into Napa and Sonoma Counties.

For the last several years, Lind Marine tugs and barges have moved pre-stressed concrete bridge structures from a manufacturing site on the Petaluma River to bridge and highway structures all over the Bay Area. Annually, Lind Marine transports in excess of a million tons of sand, aggregate and gypsum for construction and infrastructure companies in Northern California. (Lind Marine)