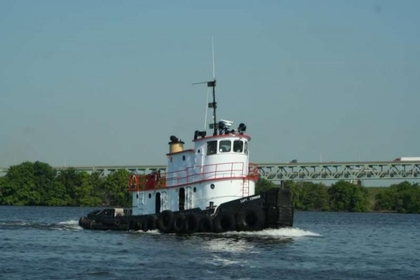 The tug was later acquired RJ Casho Marine where she was renamed as Robert J. Casho.

The tug was then acquired by River Associates, Incorporated of Philadelphia, Pennsylvania. (It is unclear as to when she was renamed the Capt. Connor.)

In 2007, River Associates, Incorporated was acquired by K-Sea Operating Partnership of East Brunswick, New Jersey where the tug retained her name.

In 2009, the tug was sold to Island Trader Shipping Company in Guyana where she was renamed as the Michael A.

She is a single screw tug rated at 1,090 horsepower.


Back to ISLAND TRADER SHIPPING COMPANY