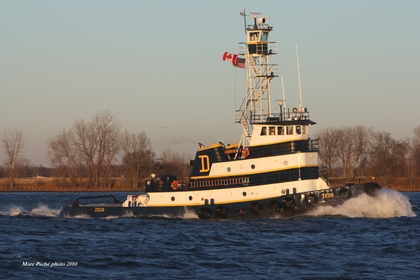 Built in 1974, by Houma Welders Incorporated of Houma, Louisiana (hull #40) as the Zeus for the Dann Towing Company of Middletown, Delaware.