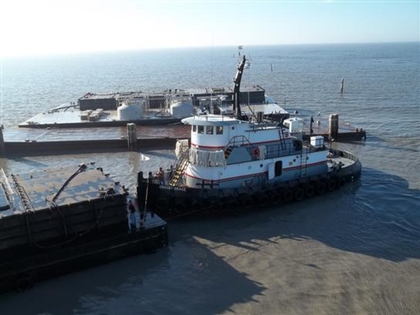 Built in 1981, by Turn Ship Limited of Bayou LaBatre, Alabama (hull #16) as the Southern Coast for the North Bank Towing Company of Cut Off, Louisiana.

In 1998, the North Bank Towing Company was acquired by Odyssea Vessels Incorporated of Berwick, Louisiana. Where the tug retained her name.

In 2008, the tug was acquired by the Crosby Marine Transportation Company of Golden Meadow, Louisiana. Where she was renamed as the Crosby Grace.

In 2015, she was phased out of active service and was "laid up" at Houma, Louisiana.

The tug's towing equipment consisted of a double drum, Smatco 48K, towing winch. Outfitted 2,100(ft) of 1.25(in) towing wire on each drum. 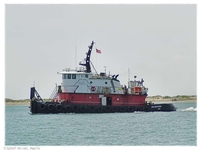