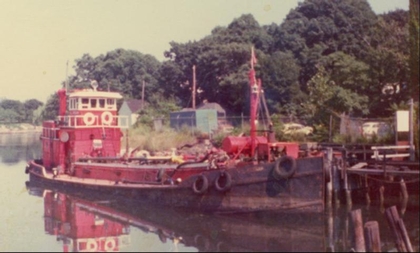 Built in 1932, by Ira S. Bushey and Sons of Brooklyn, New York as the V.L. Keegan for Spentonbush Fuel Transport, Incorporated.

She was late acquired by the United States Navy where she was designated as the YO 166 during World War II.

The unit was later acquired by the Eklof Marine Corporation of Staten Island, New York where she was renamed as the V.L. Keegan She sank at the pier, and was raised.