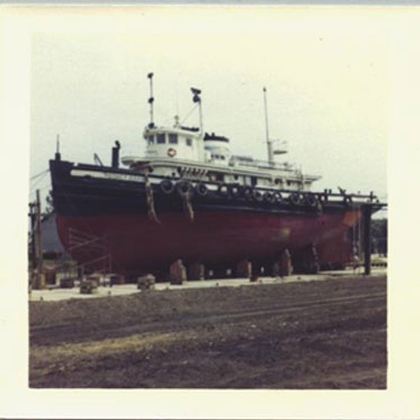 The tug was allocated to the 4th Naval District at Philadelphia, Pennsylvania. Where she served thought the end of World War II, and for the following fifteen years.

In 1960, the tug was struck from the Navy List. And was "laid up," and placed available for sale, or reuse.

In 1985, the tug was acquired by the Dann Ocean Towing Company of Tampa, Florida. Where she retained her name.

Her current, and or final disposition is unknown. She was a single screw tug, rated at 1,270 horsepower.
(NavSource Online)