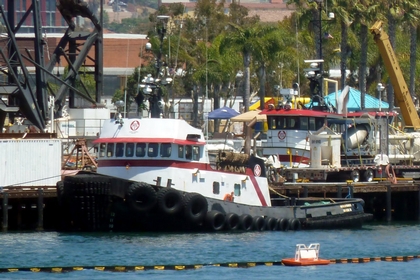 Built in 1978, by the Marine Power and Equipment Company of Seattle, Washington (hull #338) as the Gale Wind for the Cook Inlet Tug and Barge Company of Anchorage, Alaska.

The tug was later sold, and renamed as the Petro Mariner.

In 1999, she was acquired by Fueltrans Leasing of Portland, Oregon. A subsidy of the Newport Petroleum Incorporated of Signal Hill, California. Where the tug was renamed as the Northern Mariner.

In 2005, she was acquired by the Brusco Tug and Barge Company of Longview, Washington. Where the tug retained her name.

In 2006, the tug was acquired by Pacific Tugboat Service Incorporated of San Diego, California. Where she retained her name.

In 2013, Pacific Tugboat Service Incorporated renamed the tug as the A.N. Tillett.