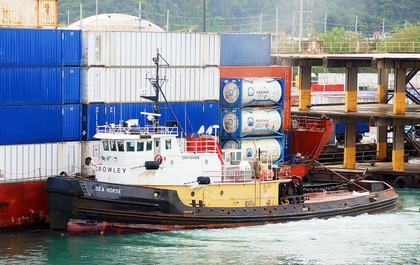 Built in 1975, by McDermott Shipyard Incorporated of Morgan City, Louisiana (hull #206) as the Robin IX for the Robin International Towing Company of Harvey, Louisiana.

In 1984, the tug was acquired by Crowley Marine Services Incorporated of San Francisco, California. Where she was renamed as the Sea Horse.

In 2016, the tug was acquired by the Sause Brothers Ocean Towing Company of Portland, Oregon. Where she was renamed as the Kekoa.

She was the fifth Sea Robin class tug for Crowley Marine Services Incorporated. The last four vessels in the series had raised bows.