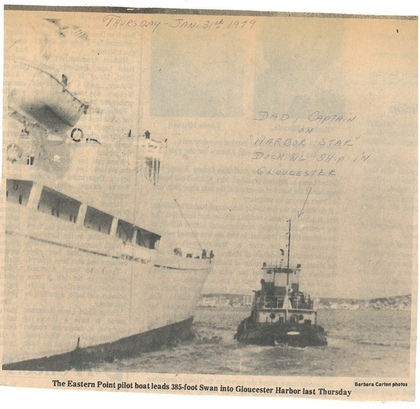 Built in 1943, by Jakobson Shipyard Incorporated of Oyster Bay, New York (hull #302) as the Oiltransco for the Oil Transfer Corporation of New York, New York.

In 1962, the tug was acquired by the Moran Towing Company of New York, New York. Where she was renamed as the Doris Moran.

The tug was later acquired by the Disch Construction Company of Summit, New Jersey. Where she retained her name.

In 2008, the tug was reported as for sale with no engine. Her current, and, or final disposition is unknown. She was a single screw tug, rated 1,025 horsepower.