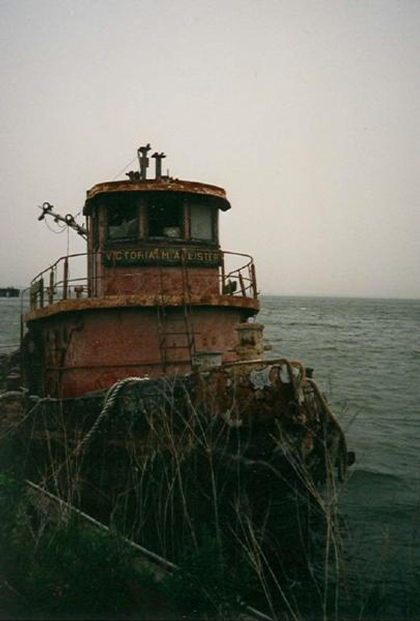 Built in 1943, by the Gibbs Gas Engine Company of Jacksonville, Florida as the YT-179 (Lone Wolf) for the United States Navy.

She was allocated to the 1st Naval District at Newport, Rhode Island. On May 15th, 1944, she was redesignated as the YTB-179 (Lone Wolf).

On December 10th, 1946. After a collision with USS Caloosahatchee (AO-98), the tug sank. She was later raised, and salvaged.

In 1948, the tug was disposed of as surplus, and sold. Where she was renamed as the Toro.

In 1948, she was acquired by the Dalzell Towing and Transportation Company (New Haven Transport Company) of New York, New York. Where she was renamed as the Dalzelleader.

In 1965, the Dalzell Towing and Transportation Company was acquired by the McAllister Brothers Towing Company of New York, New York. Where the tug was renamed as the Victoria McAllister.