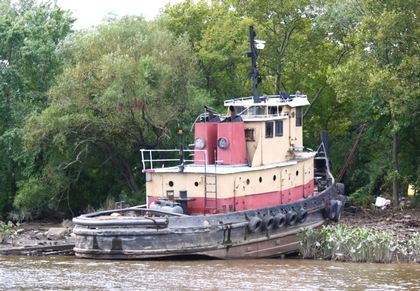 The tug was later acquired by C.J. Langengelder and Son Incorporated of Baltimore, Maryland. Where she was renamed as the George H.

She was named for George H. Langenfelder. The first president of C.J. Langengelder and Son Incorporated.

In 1994, the tug was acquired by the Vane Brothers Company of Baltimore, Maryland. Where she retained her name.

In 1999, she was acquired by the Clearwater Marine Towing Company of Wallingford, Pennsylvania. Where she was renamed as the Vigorous.

In 2011, the tug was beached and scrapped. She was a twin screw tug, rated at 800 horsepower.
(John Curdy, Dave Boone)


Photo by: The Vane Brothers Company
Photo by: John Curdy