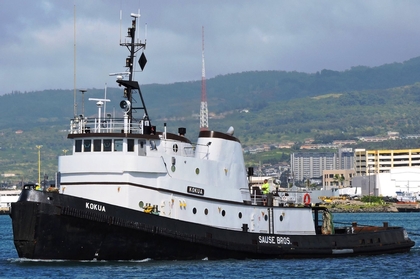 Built in 1965, by Albina Engine and Machine Works Incorporated of Portland, Oregon (hull #372) as the Mikiona for the Hawaiian Tug and Barge Company Incorporated of Honolulu, Hawaii.

In 1983, the tug was acquired by the Sause Brothers Ocean Towing Company of Portland, Oregon. Where she was renamed as the Kokua.

In 2015, the Sause Brothers Ocean Towing Company phased the tug out of active service. And, laid her up in Coos Bay, Oregon.

In 2016, she was acquired by Alaska-Oregon Offshore Marine Incorporated of Coos Bay, Oregon. Where the tug was renamed as the Oregon Pilot.

In 2017, the tug was acquired by Deforge Maritime Towing LLC of Seattle, Washington. Where she was renamed as the Clayton Arthur. 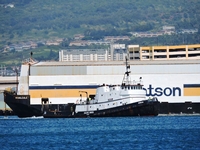