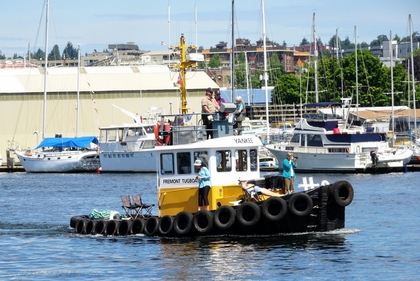 In 1969, Pacific Tow Boat and the Foss Launch and Tug Company of Tacoma, Washington were acquired as subsidiaries of the Dillingham Corporation of Honolulu, Hawaii. Operations of the two companies were united under the Foss name, where the tug retained her name.

In 1997, the tug was acquired by the Sea and Shore Construction Company of Seattle, Washington. Where she was renamed as Kristina H.

In 2013, she was acquired by the Fremont Tugboat Company of Seattle, Washington. Where she was renamed as Yankee.