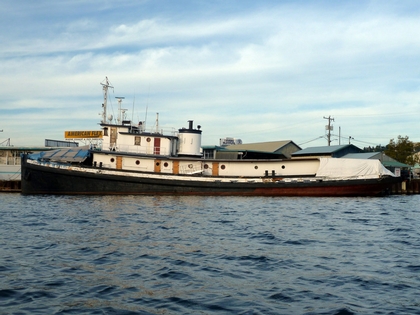 Built in 1944, by the Gray's Harbor Shipbuilding Company of Aberdeen, Washington (hull #14) as the LT-366 for the United States Army.

In 1958, she was acquired by Foss Maritime Company of Tacoma, Washington. Where the tug was renamed Patricia Foss.

She was eventually acquired by an individual named David Allan Clark of Bremerton, Washington. Where she retained her name, and is the subject of an ongoing restoration effort.