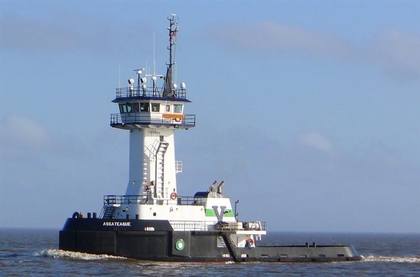 Built in 2018, by Conrad Industries Incorporated of Morgan City, Louisiana (hull #490) as the Assateague for the Vane Brothers Company of Baltimore, Maryland.

Named for Assateague Island, which is a 37 mile long barrier island located off the eastern coast of Delmarva peninsula.

The northern two thirds of the island is in Maryland, while the southern third is in Virginia. The Maryland section contains the majority of Assateague Island National Seashore and Assateague State Park. The Virginia section contains Chincoteague National Wildlife Refuge and a small part of the national seashore.

The tug is "married" with an 80,000(bbl), 405(ft), by 74(ft), by 32(ft), double hulled barge, the Double Skin 801. The barge was constructed simultaneously at Conrad Industries of Morgan City, Louisiana for the Vane Brothers Company. The barge is also outfitted with a 500 horsepower, OmniThruster HT600 bow thruster. 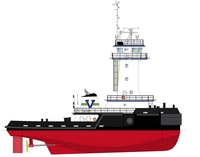