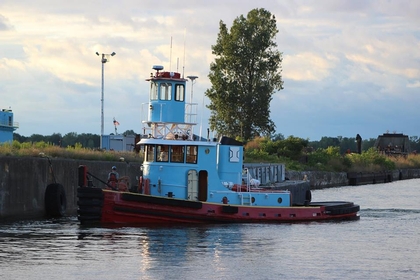 In 2022, the company was acquired by Breakwater Marine LLC., a division of Posillico Civil of Farmingdale, New York. Where the tug retained her name.

The towing equipment consists of two H-12 hydraulically driven winches, mounted on the foredeck. Outfitted with .75(in) stainless push wires. As well as hydraulic towing winch located in aft hull void compartment facing forward. With turning sheaves up and out for towing wire to lead between poles. Outfitted with 750(ft) if 7/8(in) towing wire.
(Jeff Thoreson)


Back to THOMAS J. BROWN AND SON INCORPORATED