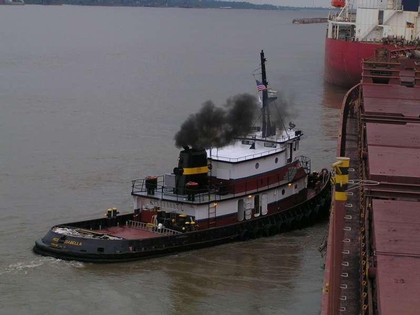 Built in 1966, by Houma Fabricators of Houma, Louisiana (hull #22) as the Rebecca Theriot for Nolty J. Theriot Offshore Incorporated of Golden Meadow, Louisiana.

In 1977, the tug sank in the Gulf of Mexico after collision with barge. She was later salvaged, and the wreck was acquired by the Bisso Towboat Company Incorporated of Luling, Louisiana.

In 1985, the tug reentered service with the Bisso Towboat Company. Where she was renamed as the Cecilia B. Slatten.

In 1999, the Bisso Towboat Company Incorporated renamed the tug as the Miss Isabella.

In 2016, she was acquired by Trinity Offshore Supply of Trinidad and Tobago. Where she was renamed as the Norabel. She was twin screw tug, fitted with kort nozzles. For a rated 3,400 horsepower.